Both Kinds of Music - The Country and Western Thread

This record has been in heavy rotation lately. Modern Texas hippie country. 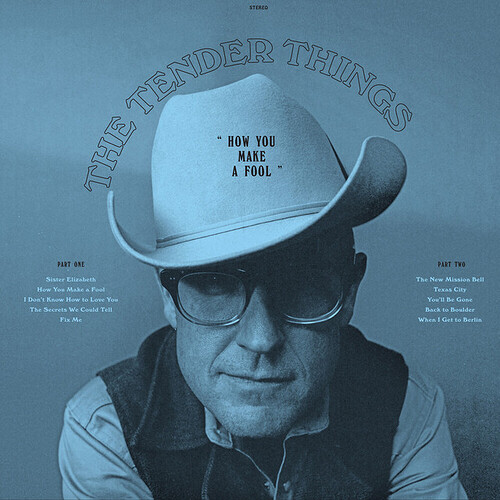 How You Make a Fool

Any time old country is brought up, I have to throw Gram Parsons in to the ring

This is one of the best songs ever written in the history of American songwriting !

Good choice. This tune is up there for me. Big fan of Robert Ellis and this rendition.

Mike and the Moonpies are a great up and coming act from Texas. This tune kicks ass.

So uh, what kind of music do you play here?

Oh we have both kinds of music here. Country and western

My dad had the bumper sticker on his truck that said “I listen to 2 kinds of music: country and western”

Needless to say, I was burned out on country music in my elementary school days.

I don’t mind Jason Isbell or Dwight Yoakum but that’s where I draw the line, unless Johnny Cash is considered country. He’s kind of a country/rockabilly crossover IMO

I didn’t grow up listening to country aside from the Willie/Waylon/Merle my grandpa listened to. I never listened to 90’s top 40 country outside of being forced to line dance to Toby Keith and Shania Twain in gym class.

In my 20’s I got into alt/progressive country and Isbell, Sturgill, and Drive By Truckers led me to lots of other artists like Turnpike Troubadours.

When I was 3 I had a full cassette tape with Aaron Tippin’s “Ain’t Nothing Wrong with the Radio” on loop.

Thanks a lot, dad!

Things got really trashy when all of his fans showed up on Sunday at Scamp ‘14. A girl who was camping with us had her sister show up just for that show and they had no idea what they were getting themselves into. The wooks who had already been getting weird for three days were scaring her.

He just announced a late summer tour this morning.

Turnpike Troubadours are getting back together.

I am on a big twang kick lately, but am also a bit of a noob when it comes to all the old classics.

Any dudes got some spotify playlists for this yankee to jiggle to?

not a playlist, but this album by Eddy Arnold is top notch.

Already loving it. Thank you.