The First Time You Heard UM

My first time listening to UM was in 2013. I was in college and I was hanging out with some phish friends after eating mystery drugs that some wook left on the floor of my house a few weeks prior. Thought it would have been an amphetamine of some kind but it was actually some sort of research chemical. My one friend put on UM saying how they shred and I should get into them. I was mindblown and he was like “this isnt even the jam yet”. Downloaded a few of their shows, but they didn’t really click for me again until a show in Huntington NY in 2015 where I saw a jammed out Mantis.

November/December of 2011, when I was introduced to Live at the Murat. I was immediately drawn in. I was thrilled to find that iTunes had some of their shows so I bought Hauntlanta ‘11 as well as 3/17/11. That was before I knew nugs.net even existed

hate when someone beats me to a bit 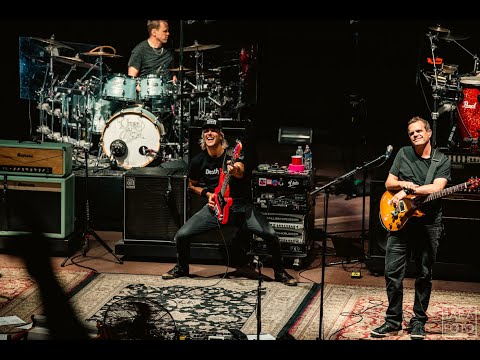 Best night of my life!

I bought Anchor Drops when I got home and the first bars of Plunger warped my mind.

Can’t remember exactly when, but had heard a lot of good things about them and blind bought Anchor Drops and SIN at Best Buy probably Fall ‘07. First song heard was Plunger, immediately loved the instrumentals in the intro and went WTF when I heard Bayliss’ voice lol. Ended up warming up to it quickly, first show spring ‘08, and the rest is history

This is actually a pretty accurate description of which box high school brain would have put Bayliss’ voice.

My friend dumped his iPod on my computer at some point in 2004 and that’s how I first heard Anchor Drops. Fast forward to summer of 2006 and I’m on my second time tripping L at Lollapalooza and I see the boys kick off my first time live with All in Time!

A kind Borter hooked up a DVD of that set in the mail two Borts ago cause he thought I was my buddy Sasha so I was grateful to have what is now preserved on YouTube. Nice to be able to revisit the first time I experienced the boys!

Probably 2003ish, my older sister was a huge fan and followed them around with her friends in the Mirro days. She played me a version of Miss Tinkles Overture and I thought that shit was so cool. I played it for all my friends and the main reaction was “why does snuckaskitchen always have to be so weird”

She has only seen them a handful of times since 2010 but she had a really great time at Red Rocks 2014. If I’m not mistaken that was the first RR sellout and she was amped up reminiscing about this band that played tiny clubs to 50 people in Missoula now headlining an iconic venue.

A friend dragged me to their Bonnaroo 05 day set. The dueling guitars had me intrigued so I bought AD.
Saw a couple other shows over the next year but I wasn’t hooked until Bonnaroo 06 late night. Great set, but also the L had something to do with it.

When I walked into my first show (4/11/07) part way through Wormbog. Great intro. Immediately hooked

Nice! There’s a lot of gold to be found in 2003. That was the year of HBB and Fir. Both songs had amazing jams that year

It blew my mind. I then when to NYE that year and saw all the Motown tunes and was officially hooked.