I guess we don’t have a Beatles thread yet…

Finally got around to watching Ron Howard’s Eight Days A Week doc about the touring years. Enjoyed it, although there wasn’t much new material. It was nicely presented.

I’ve always thought While My Guitar Gently Weeps, You’ve Got to Hide Your Love Away, and Across The Universe were my favorites

Oh man. Next to impossible for me to pick I think. My favorite records the last few years have been Beatles For Sale, Help, and Magical Mystery tour. Particularly love hearing the transition from the poppy touring band to the experimental studio band from Beatles for Sale > Help > Rubber Soul.

I’ve always found myself generally preferring Paul songs over John songs, but I don’t know if that’s because the John songs are generally more popular and I’ve just gotten sick of them (Lucy, Across the Universe, Strawberry Fields, etc…). These days I’d say my favorite Paul songs are Mother Nature’s Son, Penny Lane, and Your Mother Should Know, favorite George songs are Think For Yourself, Savoy Truffle, and Blue Jay Way, and favorite John songs are I’m Only Sleeping, Baby You’re a Rich Man, and Julia.

Side note: I was listening to All Things Must Pass a few weeks ago and realized that George was my age when that record came out. Such a mature sounding collection

Side note: I was listening to All Things Must Pass a few weeks ago and realized that George was my age when that record came out. Such a mature sounding collection

And a lot of those songs were written years prior.

Beatles for me starts with Rubber Soul. I can’t stand the bubblegum pop rock stuff, but I love everything Rubber Soul and on. Not even gonna try to choose favorites. I’d probably have to go by contributor. But George songs are generally my favorite. Taxman, I Want to Tell You, I Me Mine, Savoy Truffle, Here Comes the Sun, Something, Think for Yourself, Old Brown Shoe. Love all those songs.

I really like a lot of the late-early stuff from 64-66 and Rubber Soul era singles like We Can Work it Out, Day Tripper, Paperback Writer, If I Fell, Yes it Is, etc.

Help! is one of my favorite movies

Revolver my fav album. I mostly listen to Rubber Soul on. More of a George/Paul guy but I really love me some John tripping on acid. Tomorrow never knows one of my favorite tracks.

Not sure if I’ve seen that one. I remember watching A Hard Day’s Night. The recurring bit about Paul’s grandfather being very clean is some seriously British humor. I love it.

happy to throw the 879MB video file up on gdrive and share it with ya’.

the story of that movie with my family goes - my dad was working at a drive in movie theater when the film was released… so he ended up seeing it dozens and dozens of times, though mostly without audio. at some point, my dad taped it off of television onto VHS and editted out the commercials. so i grew up watching it on vhs a million times. i definitely get that my sentimental value may skew how good of a movie it truly is… but that said, the film is a lot of fun. 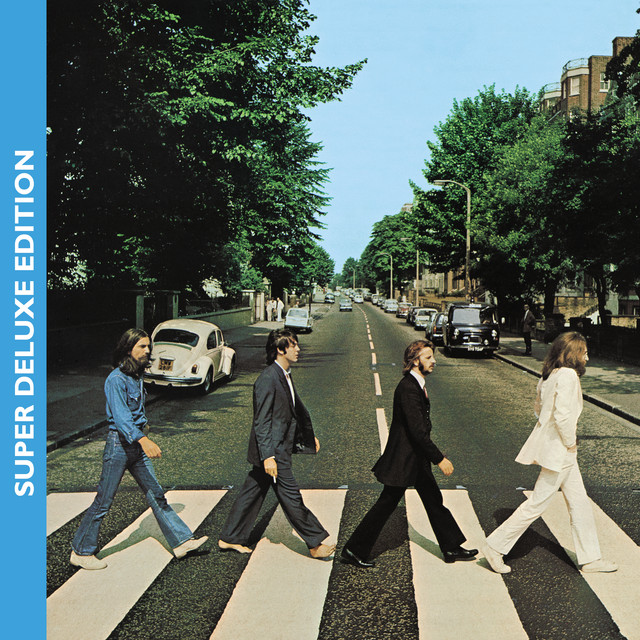 The Long One - Comprising of ‘You Never Give Me Your Money’, ’Sun King’/’Mean...

The Long One - Comprising of ‘You Never Give Me Your Money’, ’Sun King’/’Mean Mr Mustard’, ‘Her Majesty’, ‘Polythene Pam’/’She Came In Through The Bathroom Window’, ’Golden Slumbers’/ ’Carry That Weight’, ’The End’, a song by The Beatles on Spotify

Damn, that looks great. I was listening to Let it Be…Naked recently. I much prefer that stripped down sound to the production on the original recording.

Naked is so much better. I don’t even listen to the original anymore.

Yeah, I got the LP for a dollar but don’t ever really throw it on.

Revolver is my fav album

Probably same. Rubber Soul and Revolver are back to back grand slams. Abbey Road is top notch too.

And Your Bird Can Sing might be my favorite Beatles tune. Those guitar harmonies are so cool.

Revolver/Rubber Soul/Magical Mystery are all tied for first for me. Abbey Road is a close, close second.

I fuckin hate the White Album and i’ve never “understood” it.

The Ob-La-Di, Ob-La-Da on Anthology 3 is by far the best version of that song.