I don’t catch Primus every time they are nearby, but this has my interest piqued 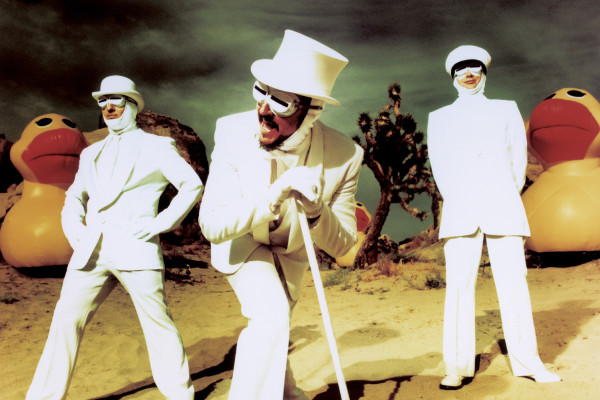 Les Claypool on Primus' Rush Covers Tour: 'It's About Admiration for These...

Bassist discusses the band’s upcoming A Tribute to Kings tour, and goes deep on his extensive history with the prog legends

I’m 100% in, huge Rush guy too. One of the openers, Wolfmother, is a super fun live band too

Wish The Sword was in for the Bay Area date, but I won’t complain. This sounds great.

Hell yeah. Super excited to see the Sword back from hiatus

Probably in for Philly. Been a few years, skipped the goblin and CLDelerium tours. But this sounds like it should be really fun.

That was the formula for the Wonka tour and when the Frog Brigade did Animals. It was also in his RS interview

Super pumped for this one!

Their Milwaukee date is at the BMO Harris Pavilion, which is right on Lake Michigan, on the south end of the Summerfest grounds.

My fiancée is gonna try to snag a set of 4-6 tix today.

I doubt the demand for this will be really high. Could be mistaken, but Primus rarely sells out shows around here and this is his home.

Picked up a pair for SD. Pretty excited, I’ve never seen primus aside from a side project in Chicago when all the band members came out for a song or two. Really wish I could remember what and where that was

Got my Sailing The Seas Of Cheese 1,000 piece puzzle in the mail, that I had totally forgotten that I had ordered. I had gone onto the Primus site awhile back to see if there was any announcement about the Rush album tour, when I saw they had a couple puzzles coming out. I pulled the trigger on pre-order, then I clearly just got too swept up in all the other crazy quarantine stuff & somehow completely spaced it.

Should be a tough puzzle. Gotta buy a frame for it before we start working on it.

Anyone else watch the stream from tonight? It’s

Did they play the same set they’ve been playing since they came back? Bring back the Fancy Band

I dug all the Antipop era tunes included. This set is a little more exploratory than the last time or two I saw Primus, though it still has that “greatest hits” feeling that they’ve had live recently.

I fucking love the song Antipop. Hope he brings back more of that album material because it’s one of my favorites.

I’m really hoping that we get on top of this COVID thing well enough over next next couples months, where this rescheduled Farewell To Kings tour happens, and doesn’t get cancelled or rescheduled yet again.

I grabbed 4 really good seats for the MKE show, and could really use a Primus show. Super glad we saw the Denver Oysterhead shows, but I’ve been a huge Primus fan since the early 90s. I’ve seen quite a few shows over the years, but it never gets old. The Willy Wonka thing wasn’t the greatest, but mostly everything else has always been solid.

Of the shows that got canceled, Oysterhead is the one in most upset about. Never seen Copeland live before.

The Farewell to Kings thing sounds awesome. Haven’t pulled the trigger yet but I’m definitely planning on it.

Yeah, I was super excited to see tool, primus and rage all in June-July last year. Hoping I can get my primus fix soon

Fuck yeah. Tour just reannounced. Would rather have Sword for the west coast tours but I’ll take what I can get.

Yeah that’s my only complaint. I’d love to see the Sword. Was bummed when they called it quits