Roger Waters in the round tour!

Tickets going on sale in about 20 minutes. I may just wait for resale tickets, considering he’s doing 2 nights in NYC. We’ll see what prices are like, but Ticketmaster + MSG is never cheap.

I got my tickets for Denver on Wednesday during the presale. Not sure about pricing at other arenas, but here both the floor and the sides of the bowl were $199.50. But then corners and ends of the bowl were $99.50. I didn’t check the balcony.

So I got seats in the corner, right by the aisle. So I will be sitting right across the aisle from people that paid $100 more than me. Not really sure how that pricing makes sense when the stage is in the center of the floor… but no complaints here!

Yeah 200 levels were 99.50 at MSG. But the Chase Bridges (essentially high up discount “boxes”) were 55. Made for an easy decision. If the other seats drop later, I can always upgrade or something, but I’m happy to pay $73 after fees rather than 130 for slightly higher seats, especially considering, as you mentioned, the stage is in the middle.

Scored dank first row of lower bowl in Milwaukee. So glad I get to see my favorite songwriter again. Animals was the record that showed me what music could be. Floyd for life

r/pinkfloyd - She loves Sheep. Not that keen on Dogs, though.... 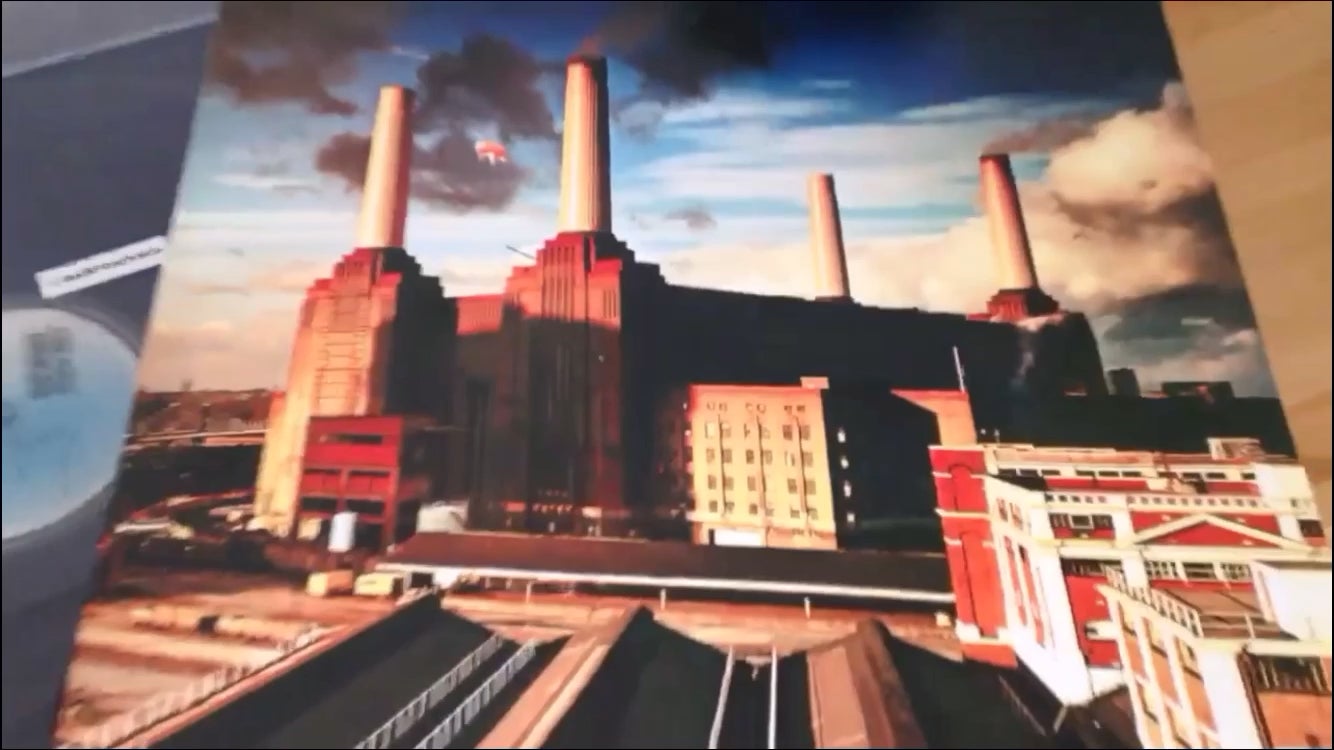 Pretty stoked to watch this again. Easily in my top 5 favorite shows I’ve been to.

I didn’t know whether to post this in the Confessions thread or here, but I am going to watch The Wall for the first time tonight. Can’t believe I’ve made it this far without seeing it.

I remember watching it in middle school or maybe freshman year of high school when I was first getting into them (and pretty much all good music that wasn’t linkin park, disturbed, sum 41, etc) . It would be interesting to go back and watch this again with the different context of having lived and breathed these songs for like fifteen hears now.

Thanks for the reminder! Can’t believe I’ve only seen this once.

The Wall as a movie itself is pretty weak with some rough acting but the music still works and you get some cool versions of a few of the songs. The Trial portion is pretty great at the end.

Mid-aughts college things: I snagged a DVD of The Wall on Black Friday one year for less than $5. Haven’t watched it in forever. I torrented the director’s cut of Live at Pompeii and burned a bunch of copies for myself and my friends.

Haha I was obsessed with it when I was like a senior in high school.

The wall movie not great, but still a solid addition to their catalogue through creativity alone.

Paid to rent and then torrented the Us + them tour. The second set where the battlesea station drops and then they go into dogs>pigs is still the best thing I’ve ever seen live. Just incredible. Love me some Roger.

I don’t think of it as a movie, more of a visual interpretation of the album.

Just finished The Wall as I was too tired to watch the whole thing last night. Definitely weird as fuck but I enjoyed it as a cool and unique representation of an album with some heavy and depressing subject matter. ABITW Pt 2, Comfortably Numb, and Run Like Hell were the wildest and most engaging parts for me personally. Also interesting that Hey You was left out of the film (I even rewinded back to look thinking I had zoned out and missed it somehow), but apparently the large majority of the footage is already seen in the film in other places. Ovearll enjoyable and very interesting, but I’m not itching to watching it again anytime soon.

ABITW Pt 2, Comfortably Numb, and Run Like Hell were the wildest and most engaging parts for me

Oh so the only good songs on the entire album?

Oh so the only good songs on the entire album?

Mother, Goodbye Blue Sky, Young Lust, Hey You, Waiting for Worms, and the Trail have something to say about that.

Aight you got me there.

One of My Turns, Vera, and the Trial are my favs.

I know everybody has an opinion but I’m getting real sick of all this Wall hate.

Goodbye Blue Sky is one of my favorite songs on the album and one of the best scenes in the movie.