Are your chakras aligned? - The STS9 thread

Plowing through old STS9. In 2000 now. Some of these shows they were opening for Panic. I could see how one would think that odd, but really 2000 Panic and 2000 Sound Tribe makes sense to me.

My first STS9 show some kid started talking to me about sacred geometry and the mayan calendar. I wonder what he’s up to.

My first STS9 show was my first time taking acid. I ended up here somehow.

Looking forward to seeing them at SCamp. Been awhile. Hope its decent.

Started listening to them about 2001-2002 around the same time I found Biscuits. Biscuits dominated my attention but Tribe was always awesome until Peaceblaster happened. Loved the couple of pre-Peaceblaster shows I saw in Florida.

Thought that CO run a few weeks ago was pretty good. Only complete concerts of theirs I’ve listened to post-Murph. There was a smattering of material that was kinda weird. But it was minimal. Lots of extended playing of old tunes and smooth transitions.

I’d happily go see them again, and I’ve not been on team Tribe for a very long time.

FYI, we already have an STS9 thread

Damn. I tired searching. Was shocked to not find one.

I was at this show. Did half of STS9 and half of Cheese. IIRC, Sasha and Digweed were playing that night until like 5-6AM too.

I just searched again for “sts9” and then “tribe”. Not finding anything. Link it up.

yeah i was bouncing back and forth between STS9 and SCI waiting for DJ Shadow. i was rolling, and some dude in a Phillies hat was dancing near me. I showed him by Phillies lighter and he dosed me. was a great night, but did not get any sleep.

The last 5 STS9 shows I’ve seen since '18 have all been gas. Left sweaty and incredibly high every time. Can’t really ask for much more than that from them.

sts9 has been better than umphreys for years.

Besides some of '19 UM heaters I would actually agree with this.

STS9 is my second most scene band behind the boys and I think they suck these days. I caught the first Red Rocks run with Alana and did Red Rocks 2008, 2009. 2010, and 2011 but Sectorado is a thing of the past in my life. No desire to travel for them but my buddy from middle school just became their tour manager so I’ll definitely catch them to see him when they roll through the PacNW next.

I’m not a modern Tribe guy at all, but love everything pre-Peaceblaster. I can still have fun at shows, though, cause I only see them once or twice every few years at this point.

Does anyone have any mixes or couple of tracks that focuses on STS9 that sounds like “Baraka” from 2004, give or take? Just hits my sweet spot.

Circus always hits that same spot Baraka does for me…here’s the Axe the Cables (acoustic) version from their second RE:Gen in 2011 at Horning’s Hideout (audio only:) 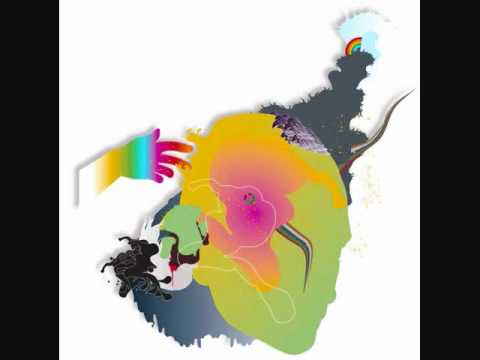