Challonge: NYE 18 I believe was in the encore. This was mid second set, maybe the worst possible place to let 16 minutes of covers eat up set time

See what I mean?

They just posted the entire video of it on their facebook 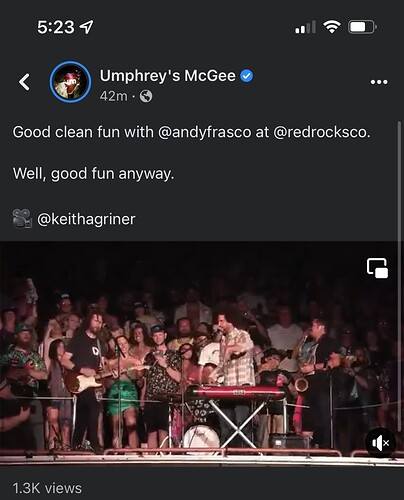 IG too. Everybody comment about how terrible it was

I’ve officially realized after this run I am jaded ….

Glad people were stoked on it I guess but reading social media is rough. Really just in general these days haha

The UM fluffing of this bullshit though come on. Hard for me to take. This is what it has come to?

I am p jaded but seeing them drop Intentions Clear, Robot World and Tribute in the VIP set makes me much more annoyed than this dumb 7 mins of Frasco.

I didn’t even know they played Tribute at the VIP set until after the run so I wasn’t too salty until it was finished, but definitely think it is pretty lame how they are playing the more rare tracks during these private sets and giving us a fucking Frasco medley sit in. This was definitely the worst show of the run. I don’t remember 2017 being terrible but I never relistened to it. This show joins Muncie 2008 and Nashville 2008 for the lamest Umphrey’s shows I’ve seen. Hopefully Frasco has some weird secrets that get revealed in time and he is cancelled.

I’d take an IC for sure but I don’t care at all about missing Tribute or Mail Package personally. Tribute feels like one of those songs where I’m just waiting for the jam to start

Also, just listening back to this Fancy jam. I really like this. The theme of the weekend was come in hot early in the jam > hope they keep it going after it cools down, and this is one of the spots where I feel like that approach lands nicely

Man this is a tough take to read, the Joel and BB solo sections of Tribute are the best.

Idk it just feels like a long time vamping on 2 chords for me, and UM isn’t really a band I go into for the solos in particular

that and I absolutely love that one breakdown when the come through for the second time.

you know what I’m talking about

So a few days ago I was ready to defend the Frasco thing because it’s silly in a good way and sorry to break it to y’all but the band gets bored of doing the same thing so this is a fun thing they can do that’s different and it actually had a buildup in the weeks leading up to it, etc… and then I heard/watched it.

Holy fuck was that terrible. No defense, I can’t believe I was able to resist just shutting it off, it was so. bad.

What the fuck did I just watch? The Frasco bits were unlistenable. “This is how you do Rage Against the Machine?” Fuck you, Andrew. And what the fuck did “Cocaine” have to do with anything? Not only was this horribly executed, but it lacked any kind of thematic coherence. 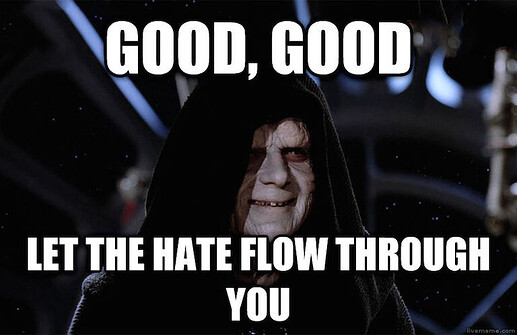 The puppet in this show was a standout imo.

As for the Frasco fiasco I’m reminded of the tagline for alien v predator: whoever wins, we lose