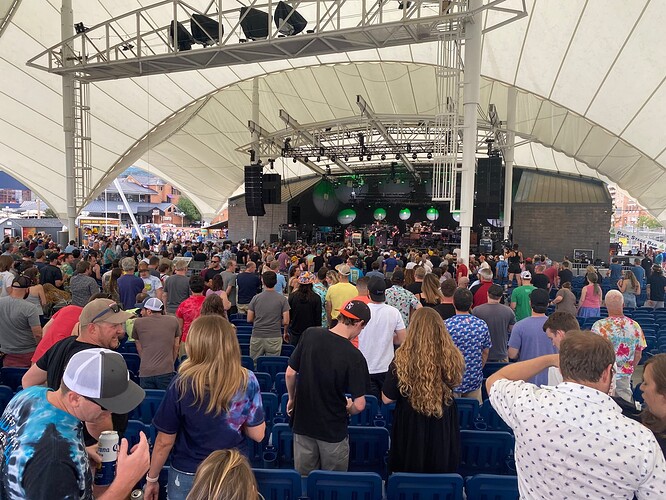 omg plz play #5 next. I’ve been waiting 8 years for this

Ah yes No Crying In Mexico…never took the time to learn the names of the intros. Pretty sure those came out during a ter hiatus of mine and I tend to avoid listening to the eras I didn’t see a lot of shows in.

For all the shit (rightfully so) silent type gets, I love the jams that spawn from it

song sucks but I agree.

Was talking to my non-BORT bud. Silent Type sucks but they jam it decently, including tonight so I guess I don’t hate it.

This is a sick Seasons…

yes ^ was it a stop after Silent Type?

That one was debuted over the 2011 NYE run, though I think it got named later. Full name btw is “There’s No Crying in Mexico”

2 of my best friends came in town and forgot about Vols super regional. But yeah slacking on my part

Liking this set so far I don’t think the Silent Type or Seasons killed any momentum both had hot jams and the segues in this show have been fun particularly the > into Draconian. I would be pleased with this show if I was there right now. Hope they drop another heavy hitter to finish the set once they end AIT, I think they still have enough time if Bayliss allows it for another banger. I’d take a Resolution to end this set! But not sure when they played it last haven’t looked closely at the Florida setlists.

The end of this song was the first thing that made UM click. No matter the show AIT gets me hype.