Should be listed as a tease. Was barely anything

Yup did nothing to effect the jam

That’s a setlist with potential on paper.

Yeah but how lazy is this band to end the show with Baba O’Riley again for a Holidaze performance?

Footnotes:
[1] with Jennifer Hartswick on vocals

I bet people were stomping their bare feet in the sand with disgust at the predictability of that cover.

Maybe the uninspired cover was a request by Angela Favre for her dad Brett Favre. The OG, non-football playing Brett Favre. 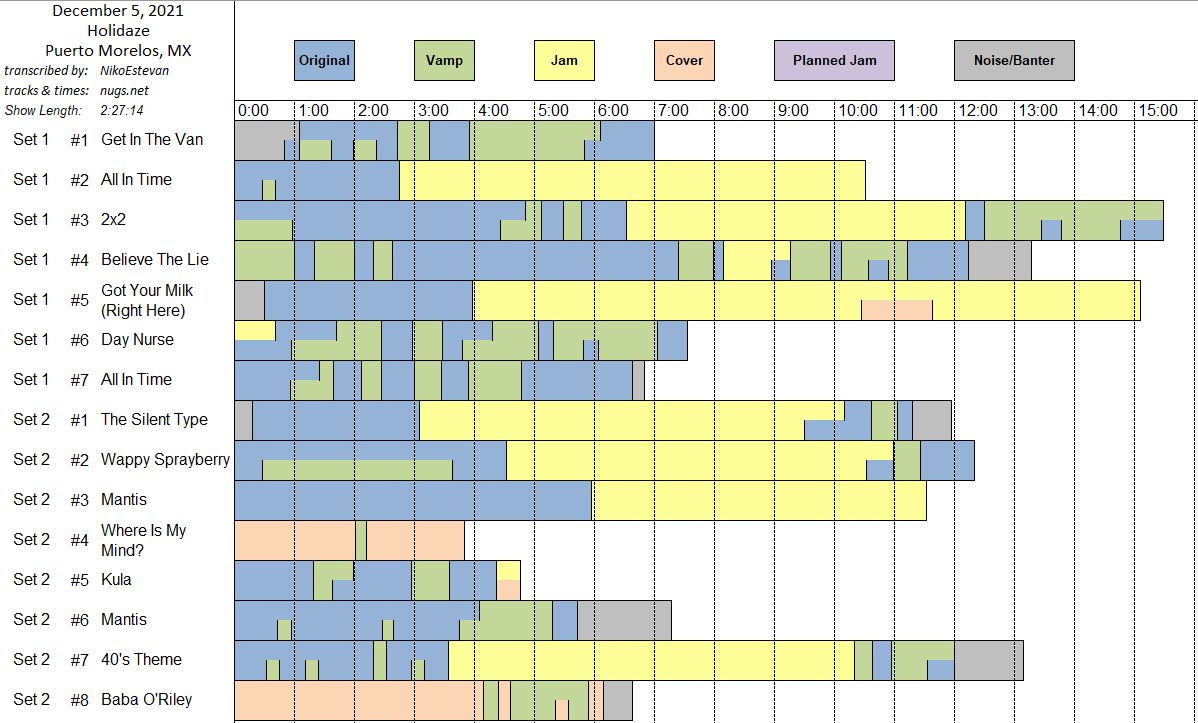 There are moments where the talk-back mics are audible on the nugs recording. Nothing substantive, but always interesting to hear.

It’s throughout the show. First I heard is during the AIT drums jam. Apparently people at the show could hear them too. They are somewhat faint.

That’s all I’ve been able to make out.

Before Milk they say “milk, keep it going”

During the jam they say a bunch of stuff. Hard to hear some of it but they say “minor third” and countdown a bunch of times

IIRC Milk and AiT1 seemed to have the most (and most audible) talk back. Early in the show they do seem to acknowledge that the talk backs are coming through the audience speakers. Then later there’s some more legible jam talk, like someone saying “just Jake” prior to his transitioning a jam segment, then later in that jam I think someone, probably Jake, names a chord, like a “B minor 7” or something. It’s so low in the mix the actual words are barely legible most of the time.

I was just about to say how well the jam was going before it got Crazy Train’d. Definitely more than just a tease too. An awful crutch that Jake can’t stay away from

Sofa king annoying. Jake and Pony both love that shit. I have no issue with a cover jam if it is unique or rare, but they love beating to death Stranglehold, Crazy Train, La Grange, Dr Feel-good, etc.