Decided we’re in for summer camp. Who will I see there?

Pretty sure Umphrey’s is playing

Believe it when I see it.

Have you worked out how to sneak booze in?

Sorry, nope. Something came up

debating on driving for a Sunday throwdown.

might be worth the $75 just to eat a bunch of L and watch that guy play the saxophone in a bigfoot costume.

They’re doing 2-day passes now, too. Don’t think that used to be an option. In case you want moe->UM->moe->UM->Lespecial primus set

Wonder how ticket sales have been?

Into late night Tribe at the Moonshine stage.

Wish I had a teleporter or jet pack as I would like to see the Friday lineup but I have no desire to drive 6+ hours and deal with camping.

I actually thought about doing that 2 day pass option, but everyone I know including myself has been over doing summercamp for many years already. But the Sunday lineup is tight and Saturday I always like seeing UM play until 2AM.

Saturday I always like seeing UM play until 2AM.

How long have they been doing this for now? I haven’t been since 2013 but I have no recollection of them ever playing that late.

It’s been for a little while I feel like, I haven’t been back for a few years and it was a thing when I was still going every year.

Check out the schedule for Summer Camp Music Festival 2013

I’ll have to check my old schedules. I haven’t been to scamp since 2017 but I thought UM was always done by around 1am outside the barn shows.

2015 was my first year and Saturday was UM->moe->UM->moe on Saturday with the last moe. set finishing at 2am.

Since at least 2015 the main stages have ended at 2am. 2017 was the first year that UM played the closing slot.

Real question though since I haven’t been in a few years, how do you sneak booze in?

Find this security guard at 4am. 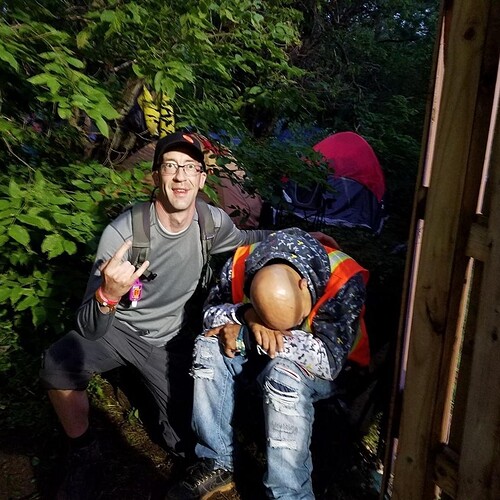