Synth and riff driven ultra funk. This one never fails me no matter how many times I listen to it. 2012 in general was a crazy good year for Domino Theory, but I think this one takes the cake for me. Also, the transition back into the song is butter. For a more recent good DT jam, check out 2/1/18.

Came to post another DT from that era that I was just listening to:

Domino Theory 1/21/12 (BB breaks into an impromptu lyrical over a rocking peak). Great way to open a show.

1/20/12 Conduit. So many composed sections I’m shocked nothing more ever came of this one. Great stuff.

The entire segment is great UM, particularly the jam out of MtM. They had just come of some dates with moe. and the harmonized riffs have always reminded me of them. Teasing the end of BLBC and then floating back into more improv before finally finishing it. I feel like Pony may have just gotten some Moog bass pedals because they show up throughout these tracks here and there, especially in 2x2 jam.

Love it. What a huge peak, incredible work from Jake in the last few minutes. Also a good example of patience paying off as it takes a couple minutes to find itself and then just takes off. Ironically it also ended up being one of the worst Raw Stewage recreations they’ve done.

That RRX 12 Puppet String is in my Top 10 UM jams I’ve witnessed live. That shit was fucking so epic.

Same. This video quality isn’t great but it was a perfect combination of epic peak with Waful dominating the lights on the rocks. Particularly around 1:25 it’s just incredibly dope 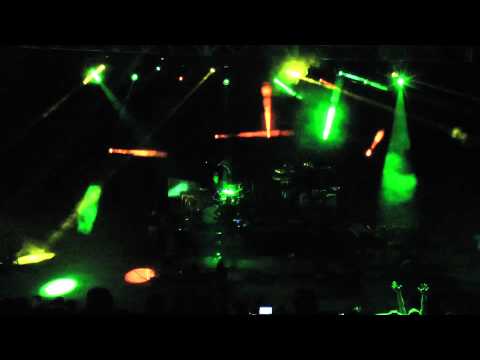 The only night I ever did L and pressies at the same time. Good times, great Nemo!