Notes:
-Cut the Cable was rock version and had a short JO after the first verse
-August cut from 1st set; Padgett’s and Plunger replaced with Tinkle’s and Haji

Posting a longer review with some bits of my post from last night now that I have Internet again.

Chattanooga show was great. Good way to celebrate a 100th with first Rocker in 10 years, first DBK in 8 and first Muff of any kind. Improv was average as a whole tonight but still good. Stasik/Kris MVPs. Locked in solid the whole night. Jake rushing things was what held jams back if anything.

Bayliss rocked out too hard during his DBK solo, broke his rig, and it took 3 minutes to fix it. The jam foundation laid during that 3 min led to one of the highlights of the night. Once Bayliss did join in, some of that massively complex guitar interplay that only Jake/Bayliss are capable of took over with Joel adding some nice high lines over top. Jake changed course about 3 minutes later to do a more traditional hard rock peak. I was meh with the changeup but they really sold this peak. Solid jam. The 1st jam existed but was very much in-the-pocket type 1, albeit with a nice bassline.

Cable jam was really nothing to write home about but it was a fun moment. It’s a pretty tough ask to jam in the middle of rock Cable.

Rocker 2 started off with one of those Kris/Stasik infectious dance grooves that ruled the night, but the guitarists could never really get anything going over it, so it shifted to a Bayliss-led uplifting jam instead, which was solid.

Night Nurse was fun but very short. Paired with BLBC though, which was highlight of the night, it was a great segment. Not much to say about BLBC except another great groove + solid Bayliss riff + patience = win. Also, it’s nice to be talking about Bayliss this much when describing jams

Attachments > Michael Jackson jam was awful for me though, but the room ate it up.

I love Padgett’s but they had the room grooving hard, and that would have really killed the vibe. Tinkle’s worked here, especially since it ended up being a really good one! The 2nd set was completely nonstop from Black Sabbath through Tinkle’s - over an hour.

Wappy jam is a great uplifting dance bounceback jam. Very strong jam for the encore slot, if a bit unnecessarily short due to that. Don’t sleep on it.

Not an amazing show by any means, as nothing ever really got “there” except the very end of BLBC (and to an extent Tinkle’s), but solid improv, solid flow, and bustouts made this my favorite post-pandemic show. 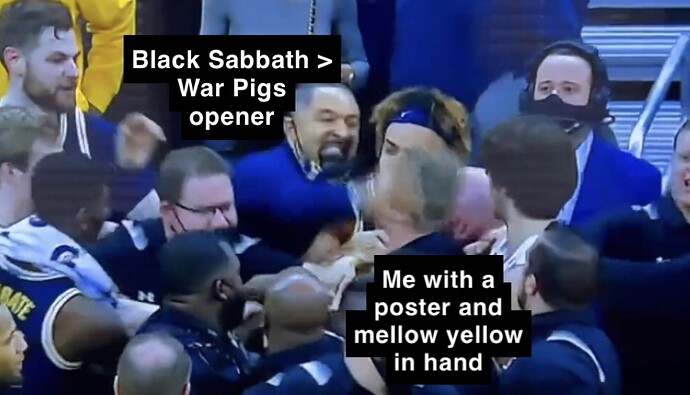 The 2nd set was completely nonstop from Black Sabbath through Tinkle’s - over an hour.

But there were tempo changes

Looks like minimal improv but some good song selection. Wish I could’ve been all 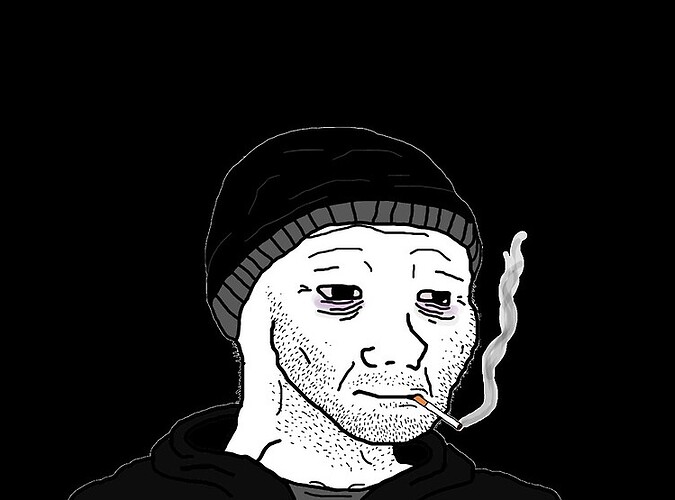 curious to hear how a set/show-ending Wappy ended without going into another song.

Bright Lights is pretty great, song needs to be back in the reg rotation.

NN > BLBC is a blast. It’s a shame Attachments got Michael Jackson’d.

War Pigs > NN > BLBC is one of my favorite Umphrey’s segments I’ve seen live. Just shows how the boys can bounce around genres smoothly.

I think I prefer this show over the Asheville shows. Setlist was very fun even if jams were better the next weekend. Also wasn’t inhaling 7% ABV beers before Chatt so that could play a role