Closing out a set with 40s theme. UM is back.

It’s easy to forget UM played a show Friday this past weekend, with Thursday being as eye-catching an on-paper show as it is and Saturday being streamed, but they did…and it’s pretty solid.

It gets off to a pretty blah start, but once we hit 2x2 it’s pretty smooth sailing to the end. 2x2 is the best heavy UM jam I’ve heard in a long time. This one ACTUALLY sounds like Tool - the Carey-esque drum solo to lead in sets the tone, and the band builds in layers of sludgy goodness from there. Highly recommended. The Dump City that immediately follows is much in the same dark vein, just less heavy, and continues to establish more good riff ideas. Nice cohesive segment there.

Things continue with Bridgeless in the second half which is the complete opposite of the standout Red Rocks one from this year stylistically but almost as good. This one disintegrates almost to nothing, and has a patient pretty build back up to a decent peak. They definitely could have milked this one a little more before slamming back into the end of the song, but it’s still worth a listen. Virtue continues this trend - gradually break down to nothing, build back up (a bit heavier this time), and a nice pleasant, not forced peak. Kind of atypical to shift from a jam this mellow straight back into the N2F reprise, but it works well enough.

1348 has a full Dr. Feelgood in the middle that should be noted in the setlist 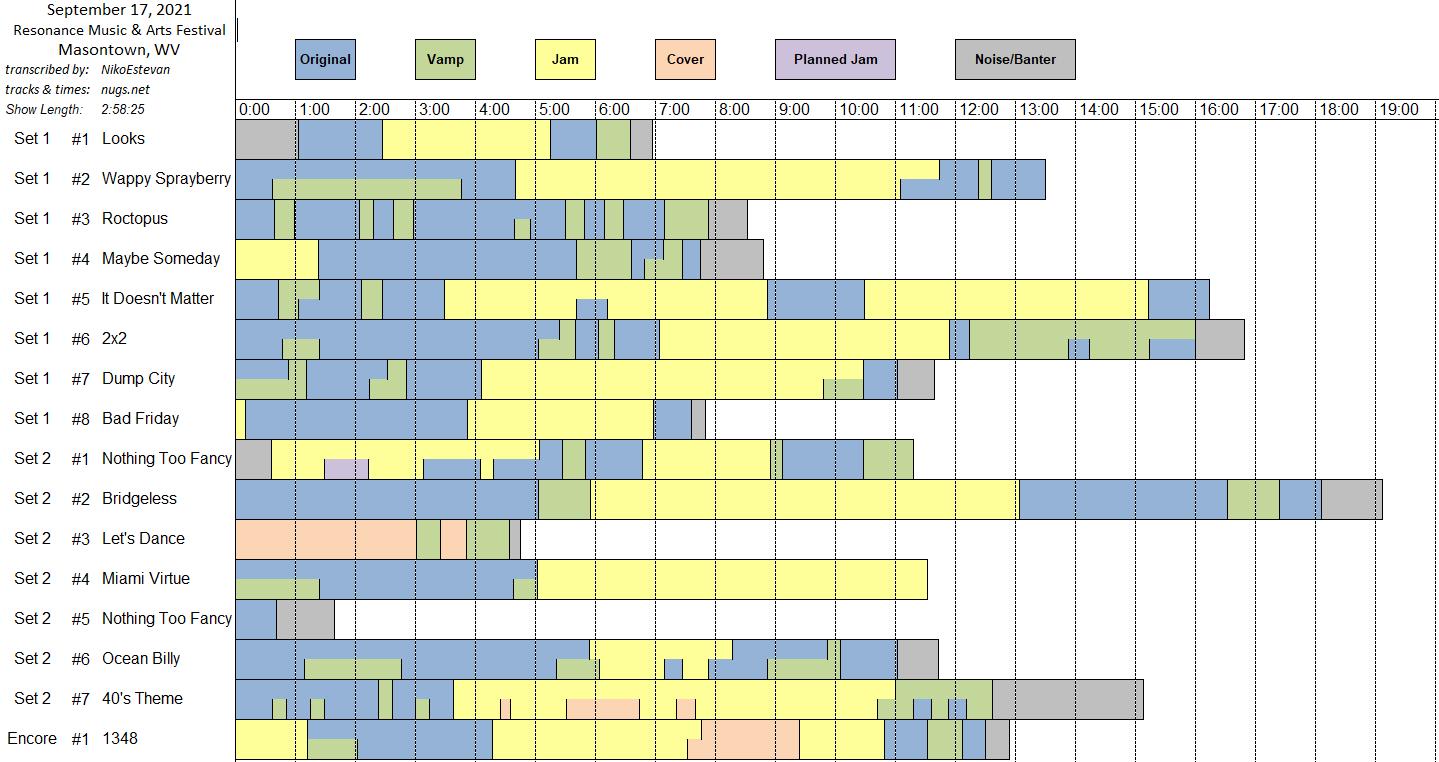 I’m always kinda confused when they do this segue. Those two tunes are very similar (same key/tempo)

I wasn’t a fan of the transition there, pretty sloppy/forced to my ears