Looks like a pretty good setlist, minus gulf stream. Wonder how long of a set it was. 9 songs is a lot but if like 90 minutes or so it might be good

Sucks you gotta pay extra for this

They’ve played Water twice in 2021: The Levon Helm show and this.

This looks nice though.

As much as I’ve bashed VIP sets in the past, this is a pretty good VIP set IMO

Odd this one is skipped on Nugs, hopefully it shows up.

Hoping it shows up too, but not all Vip sets make it to nugs. I’m still impatiently waiting for the St. Paul set from 2018…

It’s on nugs now. Can’t wait to hear the supposedly huge jams everyone is mad got played in the VIP set. 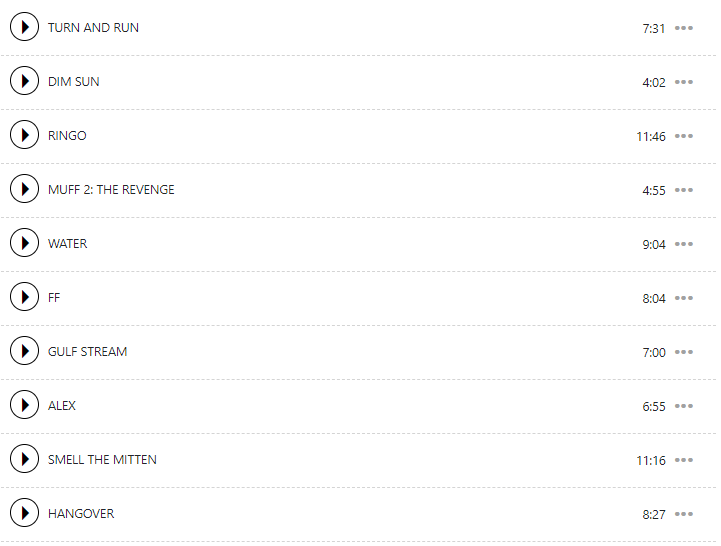 No outro jam for Alex’s House is weak sauce

Mitten is probably my favorite jam of this show. FF is also cool but only 4 minutes so I guess it doesn’t count or something.

Some songs like Water and Gulf are a good bit shorter than shown because they have banter at the end.

Agreed with @Random_Ass, Mitten is good, FF is solid but too short, and the show had too much banter.

Also the sound quality was pretty bad on this one. Too quiet, poor mix, something about it is just off, like all the levels are just flat/canned/compressed.

Edited some segues in the OP.

Also this Mitten is what we’re looking for. It’s not exactly spectacular or anything, but they lock into a groove, they build it well, the peak is pretty ferocious…good stuff.