How do we not have a Sturgill thread yet? Nice interview and performance on Colbert last night. Don’t think I realized Sierra Hull was on the new record. She’s great

Took me a while to really get into sturgill, but so glad I did. Bummed a show I was gonna see with Tyler Childers got cancelled cause of Covid.

I haven’t gotten into studio Sturgill much but I saw him live a couple years ago at Hardly Strictly and he fucking ripped. One of the best sets I’ve seen at that festival in years.

I love Sturgill, and yes, Sierra Hull is incredible. She has such a unique style with the mandolin. She can do the whole showboat fast picking thing, but I love how much space she leaves between the notes some times. Love listening to her play. Shes a babe, too.

Are you guys aware of the Lone Bellow? Fucking amazing. Worth a listen, can’t say enough about how good they are.

This was my favorite tune from the bluegrass album. Really love the new version.

This was my favorite tune from the bluegrass album.

Same here probably, that “am I dreaming, am I dyyyyyyingg” hits so good.

I honestly think the new record is his best. His stuff translates so much better as bluegrass than crammed into all the other styles

Yeah, the harmonies on the new record are real damn solid. I do also like that they extended Just Let Go on Cuttin Grass. It’s twice as fast but still 30 seconds longer than the original. Some of the bluegrass tunes are so damn short cause of the tempo. Glad they didn’t skimp on Just Let Go.

I wouldn’t argue that, Like James said, the harmonies really take the songs to the next levels.

High Top Mountain/MetaModern Sounds… don’t sound forced or “crammed” at all to me though.

Crammed was the wrong word, and it’s really just Sailor’s Guide… I just like the lack of a big production on the new record

I know what you mean. SGTE was cool but it had a lot more going on than I’d prefer, I won’t mention the following album.

Sound and Fury was so weird. Most albums will grow on me over time if anything. My initial reaction to S&F was that I enjoyed it, then slowly I started liking it less and less haha.

I listened to about 2/3rds of every track once. That was it.

Hated it on first listen and have tried to forget it ever since. 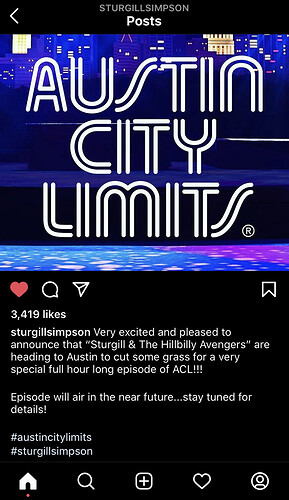 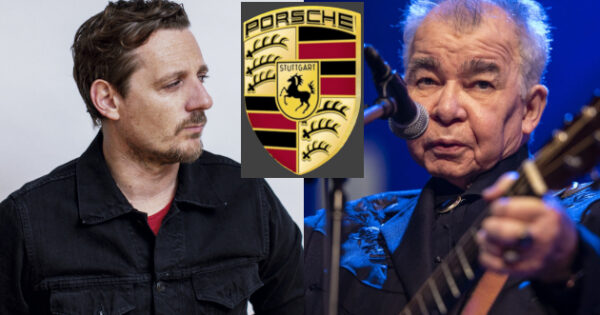 John Prine Had a Porsche 911, and Left It to Sturgill Simpson

After five decades of paying dues and all that hard work paying off, John Prine decided to treat himself to his dream car---a Porsche 911 Turbo. After John Prine passed away on April 7th, 2020, he bequeathed the car to Sturgill Simpson.