Rage Against the Machine

Full world tour announced! The show I saw in 2011 might have been the best concert I’ve ever seen (Muse opening helped). Very much looking forward to this. And now I don’t have to travel to Phoenix. 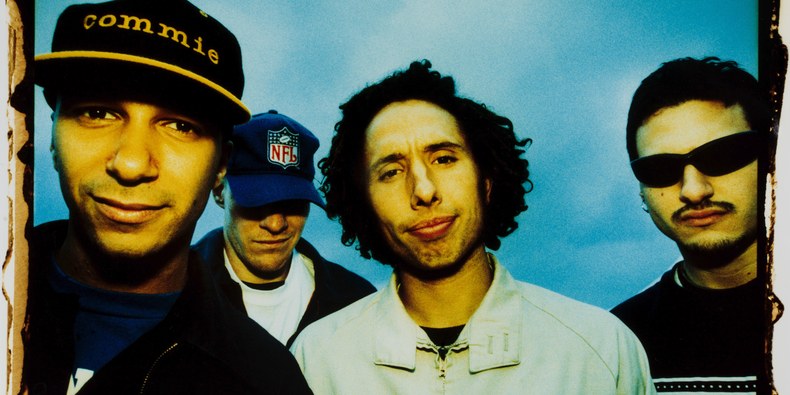 Run the Jewels will join RATM on the long-awaited trek

Definitely going to their Alpine show. Surprised they are aloud to play there again. After fans ripped seats out of the pavilion during their show. Later to be found in the parking lot.

What a joke. Get in the waiting room 10 min before onsale. Over 14,000th in line once the page refreshes. TicketBastard is full of shit when they say this whole queue system is to defeat ticket bots. It only locks out the actual concert attendees. A bunch of tickets are already up on StubHub for over $300. And here I am still in queue. Fucking stupid.

These guys are full on capitalists, who would have thunk? $80+ for lawns…lol

They added a second Oakland show and I scored floors!

The hypocrisy is pretty fucking funny.

Ticketmaster double dips, they buy their own tickets for high demand shows and put them back up for their bs verified resale ticket. Fuck them

The majority of proceeds are going to charity. Guess they just increased the ticket price so they can get their money as well. A few of the shows actually have 100% getting donated to charity.

The majority of proceeds are going to charity. Guess they just increased the ticket price so they can get their money as well. A few of the shows actually have 100% getting donated to charity.

I didn’t know that and respect the thought behind it, but still think those prices are crazy.

Sure, I’m just saying that none of their fans of little means can afford to see them.

Playing charity shows and redistributing assets from haves to have nots is textbook socialism.

Swing and a miss lol

The truth is that they are only donating profits from the first three shows as well as “any additional profits in excess of the standard ticket price and fees”.

I commend them for donating money but to make it seem like they aren’t profiting from this nostalgia run is patently false. Capitalism baby.

Then again, maybe arguing with a person who cheerleads both punk music and capitalism is a waste of time lol. Speaking of irony

Certainly the brand of hardcore punk I subscribed to in the 80’s carries a somewhat similar message but certainly more one of individualism over socialism. They are not one in the same.

Since I have seen RATM three times prior, I wouldn’t spend this type of $ on a ticket. Only if they had new material. Love them tho.

Concert prices are exponentially rising and Ticketbastard is such a pain in the ass.