Grabbed a pair of tickets for this.

Pumped! Anybody else going?

Did you have to have an access code to get tickets?

I bought my tickets Monday morning, no access code needed.

2 of my buddies went to buy them on Thursday & got shut out because now there’s an access code field and they don’t know what it is.

I have tickets from way back when the first date was announced before the postponing. Still a little unsure about going, but it is an outdoors show so it might be reasonably safer.

I went last year and had a blast so it would be nice to get to experience it all again. Seemed like the two of them were having a blast.

I realize this is probably not entirely Ryan/Brendan’s fault but here is a snapshot that I took from a video on the ever popular Facebook page. 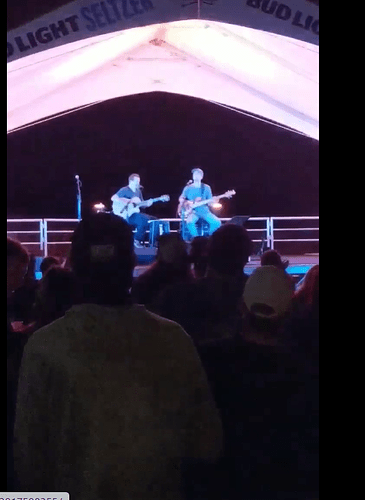 So it was just nuts to butts? I still went to SC, the original weekend for this show and the set up they had then was COVID-legit. Picnic tables in the sand, roping for aisles, etc.

Dude, I was in Myrtle Beach for over a week after the UM drive-in shows. No one in SC gives a fuuuuck about COVID. Bars at full capacity, no one (including the employees) wearing masks. There was a show in Pawleys Island. It was completely normal, like there wasn’t even a pandemic. The only difference was that places closed down earlier. Restaurants around 9-10pm and bars at 11pm.

Is this what Bayliss envisioned when he was “looking for a way to make it out alive?” 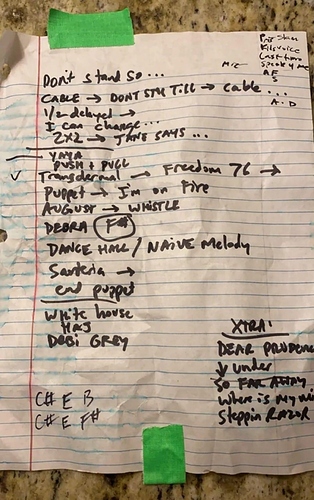 love me a naive melody, for sure! but it seems to me to be better suited for these solo/duo shows then full on UM.

i likely wouldn’t kick it out of bed for eating crackers, but im having a hard time creating a full-blown band version in my head that wouldn’t just be an “ok, they did that” versus a “hell yeah, they did that!”

also, SC’s pandemic rules or not, i’m disappointed with the guys for playing a show at a venue that doesn’t give a fuck about distance. i get that they gotta eat, but they could have flexed a little bit about demanding how the crowd was disspearsed… no? i do put some blame on BB/pony even though the bulk of it goes to the venue/state

I had tickets but ended up passing on going because people in Chalreston have been pretty fast and loose with distancing. Bummed to miss it because the show was a blast last year, but thats how it goes. Happy to still give the venue/band the ticket money.

Yikes at the pictures of this, bad look

They sold 50% capacity for the venue. Heard it was nice NOT being nuts to butts in there…or out there…I mean, it was outside.

Did you have a question?

The wording just kind of blew my mind for a second, couldn’t tell if you were being sarcastic somehow, lol. Ignore me.